The doctors at New Amsterdam prepare for their annual fundraising gala. Dr. Frome's parents are in town and his daughter is excited to see them. Dr. Kapoor tries to give his gala tickets to Dora, but she misunderstands and believes he is inviting her to go with him. Dr. Fulton preps Max for the gala and reiterates the importance of raising money for the hospital. Dr. Reynolds treats a Rikers inmate who claims that the guards are drugging them. Dr. Bloom, Dr. Kapoor, and Dr. Sharpe treat a father and son who begin displaying strange symptoms and later both the father and son have seizures. Georgia surprises Max and attends the gala and manages to secure donations. At the end of the night Max reveals his cancer diagnosis to her. 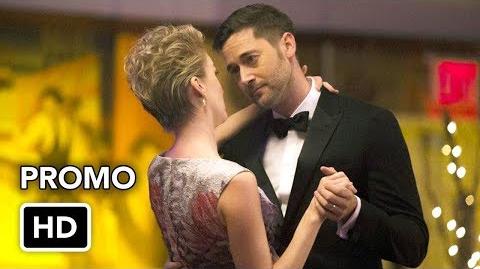 Retrieved from "https://new-amsterdam.fandom.com/wiki/Anthropocene?oldid=737"
Community content is available under CC-BY-SA unless otherwise noted.